The Book of Awakening by Mark Nepo

Two things about me-I am a very spiritual person and I’m a romantic. I’m one of the those people who is always talking about the energy of a situation or a person. I base a lot of my decisions and interactions on positive vibes and intuition, so when I picked up The Book of Awakening, it resonated with me. Mark Nepo, who is a philosopher and a Cancer survivor, writes this day-by-day book to nourish and enlighten the souls of his readers. In every excerpt, he focuses on taking in our surroundings and reminiscing about times in our childhood, or moments in our past that brought us happiness. He encourages us to meditate on those moments, and forget whatever hardships we may currently be dealing with. His strength from being a survivor is felt on every page; looking beyond his immediate circumstance and finding a sense of happiness is what he tries to evoke to all his readers. This book is a definite read. I’m a fan of daily affirmation books because it helps you start your day on a positive note, so you are capable of dealing with whatever curve ball you may endure that day. 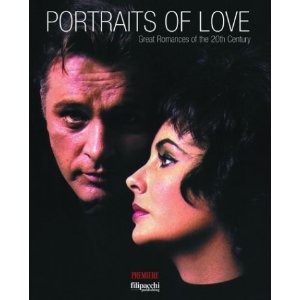 Portraits of Love- The Great Romances of the 20th Century

I’ve had this coffee table book for a few years now, but every time I think of it, I smile. I fell in love with it when I saw it in a Bethesda store window, and I begged my friend, Tamara, to pick it up for me because she lived close by. From Richard Burton and Elizabeth Taylor to JFK and Jacqueline Kennedy Onassis, this book outlines the whirlwind romances of the 20th Century. Their love may not have been perfect but it shows how it endured and kept some of these couples together for years. A great coffee book for guests to browse.

Technology-a gift and a curse to many relationships. Many arguments have ensued because of a Twitter or Facebook post. I bet no one predicted how many relationships would be destroyed because of the rise of social networking. Girlfriends, boyfriends, husbands and wives across the world are stalking their significant other’s pages to see if there are any indiscretions; or worse, to see if their significant others are using their social networks to do unscrupulous things. It has shed light on an inconspicuous way to cheat, without even sometimes touching another person. I have friends who love the fact that they can send their “love interest” a secret message without their significant other ever catching on. The taboo of blatantly

cheating is now clothed in other ways of expression. Not everyone cheats through social networking. However, places like Twitter and Facebook provide anyone who loves to be Inspector Gadget the tools to investigate the degrees of separation from person to person, clock the whereabouts of an individual, or give insight into the thoughts, feelings, and mannerisms of someone they care about. It can be dangerous and, often times, misconstrued. Relationships that do not have a sound foundation can find themselves in a whirlwind of trouble. The insecurities of someone can conjure up misguided accusations and feelings from a thoughtless tweet or Facebook post. Then it becomes a question of, “Who is that?” and “Who is that person
to you?” All of the insignificant relationships in your life become significant if some random person tweets you “Hi,” and you cordially respond, “Hi” back. A person, whom you casually see in social settings
and hardly know, can be become a focal point in a disagreement in an instance.

This digital explosion is causing a divide within relationships.People are using texting, bbm’ing, Twitter, Facebook, etc. to express frustrations, philander, and substantiate their doubts and insecurities with their partners. Old-fashioned communication is becoming less common. Break-ups are occurring via text because people are too cowardly to express their feelings face-to-face. Our relations have become impersonal blurbs across a device to avoid the real emotional impact we may have on someone; that is where the disconnect

begins. We hide behind our telecommunications to protect ourselves from the guilt or emotional baggage. People’s hearts are shattered when they receive a callous text saying, “I don’t want to do this anymore.” Yet, the anxiety of the sender is relieved, and they can go about their day, because they got what they wanted to say off of their chest. Sad, but true!
We have all used these impersonal means to get out of something, even if it wasn’t a relationship. Owning up to our decisions and actions can be tough, but when it comes to relationships, a device should not be the buffer. These social networks should not be the catalyst to more problems in a relationship. Boundaries must be set to preserve the basic levels of communication. The digital divide is a real thing amongst social economic classes, but it is also a real thing amongst individuals and couples. I was watching Bill Maher the other day, and he said that an alarming amount of men are into online porn, more than having sex with their spouses or girlfriends. The divide is getting wider and we have to be the ones to close it, by recognizing our own roles in the division and returning to the humanity of one-on-one communication.